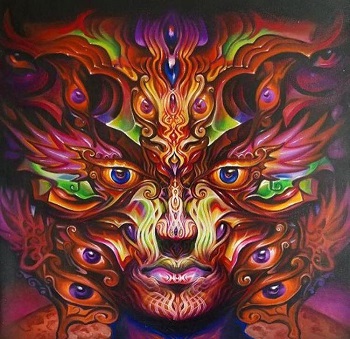 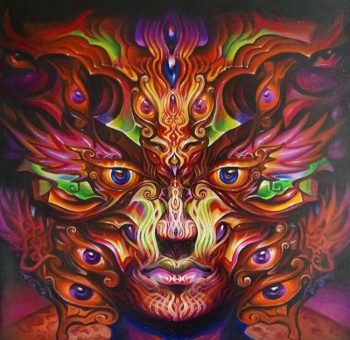 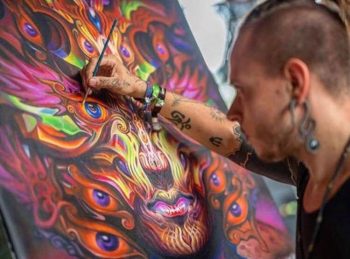 “This painting is titled Pharaoh. I first recieved the vision in Bali with the aid of psilocybin. I went into an inner state and lost in a vortex of my visions I found myself temporarily in a dimension of crystalline geometry. Slowly out of the geometry forms began to render into my field of vision. Eyes. jewels. faces. Eventually the vision crystalized into this face. I was awestruck and a little frightened. It seemed benign but powerful. I feel like these visions are important to communicate because they express and confirm the existence of realms outside of our typical perception. Realms inhabited with beings more powerful than ourselves. I’m always shocked when I have visions like this and feel the presence of the other but I know it’s also my duty to bring these visions out into the world because I was given the gift to recieve and transmit them.”